Nobody with an ordinary mindset ever achieved anything extra-ordinary. People who have created history have always proved that they are capable of paving a new path of their own. And doing so isn’t an easy task. The society will question you, look down at you, and criticize you until you succeed. And you remain a black sheep unless you prove yourself. And once they are convinced that your efforts were not futile, they praise you and cheer for your success. This attitude is prevalent even today. But, can you imagine the hardships faced by an 18-year-old widowed, single-mother in the late 1930s when she decided to do something different than the society expected of her? Lalitha swam against the waves that tried to drown her and not only did she build a successful career but also created history by becoming India’s first woman engineer.

Lalitha marked this achievement when widows were expected to lead a life of banishment and isolation. Even though sati was illegal at the time, it was prevalent in many parts of India until mid-1990s (1). At a conference in New York, Lalitha said, “150 years ago, I would have been burned at the funeral pyre with my husband’s body.” From such a scenario to becoming an inspiration for women all over the world, Lalitha lived an incredible life in spite of being a widow. Let’s read about Lalitha’s journey together.

From Being A Widowhood To Becoming A Bold Woman 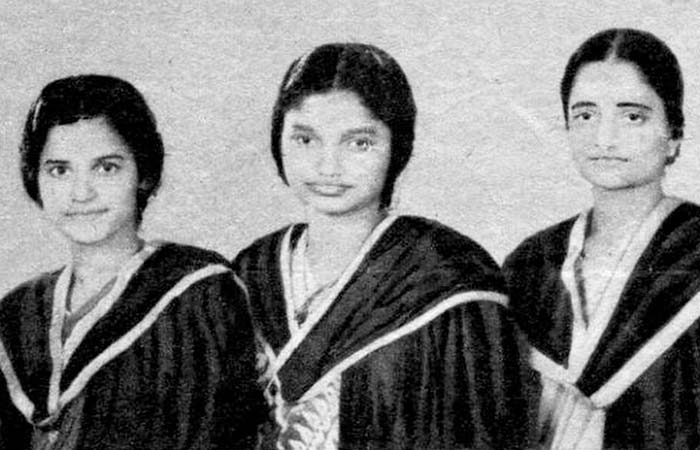 The story dates back to 1919 when Lalitha was born to a Telugu middle-class family as the fifth child of Pappu Subba Rao. Among the seven siblings including Lalitha, the boys were allowed to pursue higher studies but the education of the girls was restricted to the basic level. Lalitha was married off when she was only 15 and she gave birth to her daughter Syamala when she was 18. Within four months of her daughter’s birth, Lalitha lost her husband. But she wasn’t ready to accept the societal norms that restricted and limited her life in the name of widowhood.

This wasn’t an easy task for Lalitha. In an interview with a leading online portal, Syamala said, “When my father passed away, mom had to suffer more than she should have. Her mother-in-law had lost her 16th child and took out that frustration on the young widow. It was a coping mechanism and today, I understand what she was going through. However, my mother decided not to succumb to societal pressures. She would educate herself and earn a respectable job.”

This was the time when the field of medicine was widely popular among women who wanted to have a serious career. However, that required Lalitha to be at work during late hours and she didn’t want to leave her baby daughter alone for that long. So, she chose to follow the path of her brothers who were engineers. This proves that Lalitha is not only a strong independent woman, but she’s also a doting mother.

Lalitha’s father Pappu Rao was a professor at the College of Engineering, Guindy (CEG) where he taught Electrical Engineering. He spoke to the then Principal and Director of Public Instruction about Lalitha’s admission and she became the first-ever female student in the history of CEG.

Talking about her mother’s college days, Syamala said, “Contrary to what people might think, the students at amma’s college were extremely supportive. She was the only girl in a college with hundreds of boys but no one ever made her feel uncomfortable and we need to give credit to this. The authorities arranged for a separate hostel for her too. I used to live with my uncle while amma was completing college and she would visit me every weekend.”

Rao invited more women to follow Lalitha’s path which became a solution to the problem of loneliness that Lalitha faced in her hostel. PK Thresia and Leelamma George soon joined the college and all three of them graduated together even though Lalitha was a senior. After her graduation, Lalitha worked at the Central Standard Organization, Shimla and also with her father in Chennai, for some time. After this, she joined the Associated Electrical Industries in Kolkata and settled in the city with her daughter.

In 1964, Lalitha was invited to attend the first International Conference of Women Engineers and Scientists (ICWES) in New York. This is when Syamala realized how successful her mother was. She said, “But what I take from her life is her extreme patience towards people and the quality of doing instead of just talking. She never remarried and never made me feel the absence of a father in my life. She believed that people come into your life for a reason and leave when the purpose is over. I never asked her why she never got married again. But when my husband asked her, she had replied, “To take care of an old man again? No, thank you!””

Lalitha died when she was only 60. But the legacy that she left behind became the trailblazer for many women in our society. Her inspiring and positive journey as a woman, mother, and professional will forever be celebrated. Did you find Lalitha’s story inspiring? Share your thoughts with us in the comments section below.

Previous: Saturday Surfing, October 5, 2019
Next: Can you Drink Protein Powder Even if you Don’t want to Lose Weight