Who doesn’t look forward to celebrating birthdays? Everybody does, well at least most of us do, right? We either love being pampered and getting all the special attention that day or we simply look forward to spending our birthday with the people we love, our closed ones! It was the same case with Dr. Shinu Syamalan, who celebrates her birthday on March 2nd with her close family members.

Her husband too worked in the medical field — he was a Medical Officer. When he traveled to work every day, he noticed how a group of people in the Kadayakara colony lived in tents made of tarpaulin and plastic. When Syamalan expressed her wish to help the needy, the plight of the families of Kadayakara colony hit his head and he told about them to his wife. It was at this moment that Syamalan decided to do something for them and from there began her journey as a social worker.

When Syamalan Vowed To Change…

On her birthday, when she visited the colony that her husband talked about, Syamalan was shocked to see the families living in extremely miserable and heart-wrenching conditions. Most of this colony’s residents worked as daily wage laborers. Syamalan found out that the lands on which these families lived on belonged to their grandfathers. They neither had enough money to transfer the lands to their name legally nor to build a basic structure of shelter for themselves. These families didn’t even have ration cards. What shocked Syamalan was that there was not even a single toilet in the entire colony. This, Syamalan vowed to change!

How She Reached Out To Social Media 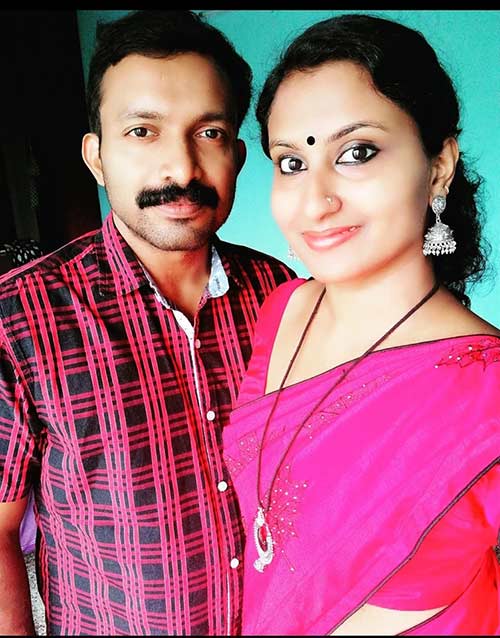 She obviously didn’t have enough money or resources to build toilets for an entire colony of people. But this fact didn’t dampen her spirits. She thought the millennial way and decided to reach out to her friends and followers on her social media accounts to ask for help. 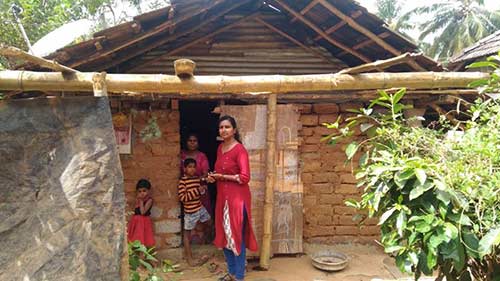 Syamalan was multi-talented; she was a poet, a writer, and a passionate dancer. Because of these qualities, she had gathered quite a good number of followers on her social media profiles. Nearly forty-three thousand individuals read her posts on health care and literature. She wrote about Kadayakara on her social media profiles, which influenced most of her friends to pitch in to help the residents of this colony. Owing to the number of followers she had, people from all over the world contributed. The contributions ranged from Rs 100- Rs 10000. In a matter of a couple of days, she managed to collect Rs 40,000, which was more than enough to build at least three toilets.

She didn’t want to hire a contractor to do this work. Instead, she hired few masons from the Kadayakara colony itself, so that they earned some money too. She brought all the required raw materials and built the three toilets for the colony. It was the best birthday present she ever gifted herself!

Her Journey As A Social Worker Continued… 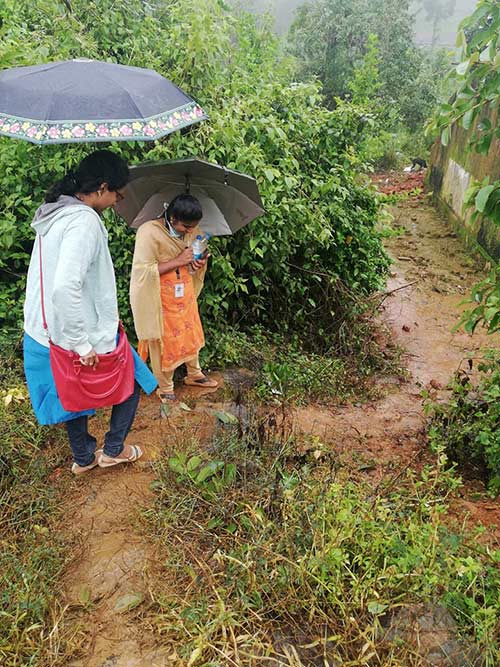 In August 2018, her husband was transferred to Thrissur but the change of location didn’t stop her from doing what she’d committed to — help the needy.

Hers was a family of three — Dr. KK Rahul, Dr. Syamalan, and their adorable three-year-old daughter. Just when they shifted, floods ravaged Kerala and left the beautiful God’s own country in a devastating state. They didn’t even settle down completely in their new city. The doctor couple started visiting refugee camps to provide free check-ups and medications for the affected. 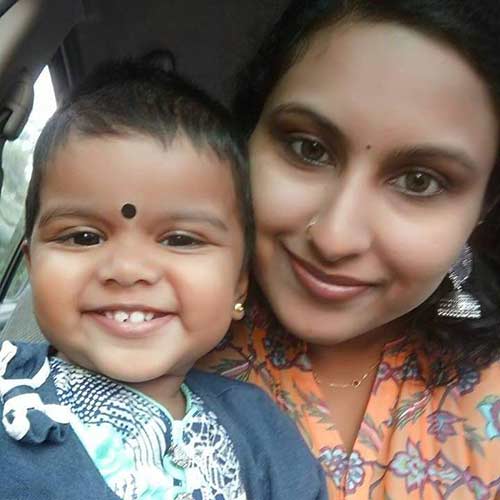 Syamalan catered to more than a hundred patients each day during this time and what caught our attention is that wherever she went, she took her daughter along. She wanted her daughter to get sensitized with the kind of problems people face in life. The couple did everything in their capacity to help the flood victims for nearly two whole months.

The Birth Of ‘Nizhal’ 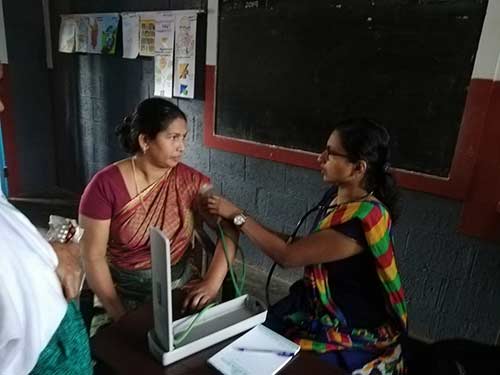 To continue the social work that had become an important aspect of her life, Syamalan formed an NGO called ‘Nizhal’. To fund the NGO she took to social media again. She says that she has 48,000 followers on Facebook and even if each of her followers contribute merely Rs 1, it’s enough funds to change the life of a person in need. Such a noble thought, isn’t it?

After the floods died down and aftercare was given, Syamalan visited many gram-panchayats and educated them about the vitality of water chlorination. She provides free check-ups for those who cannot afford a consultation fee of even Rs 100. And if the patient insists that they have to be charged for the consultation, she charges them a mere Rs 10.

Syamalan is a true inspiration for all those who believe that social media can make a difference. Syamalan sure has taught us how we can use social media as a power to change people’s lives for the better. Have you used your social media presence to change someone’s life? Let us know in the comments below.