Actress Swara Bhaskar is known for being very outspoken and vocal about her daily life. Her controversial and sometimes problematic statements have often gotten her into hot water and made her face the brunt of online trolling and bullying. However, the Veere Di Wedding actress might have taken it a little too far this time. Read on to find out about the incident in question. 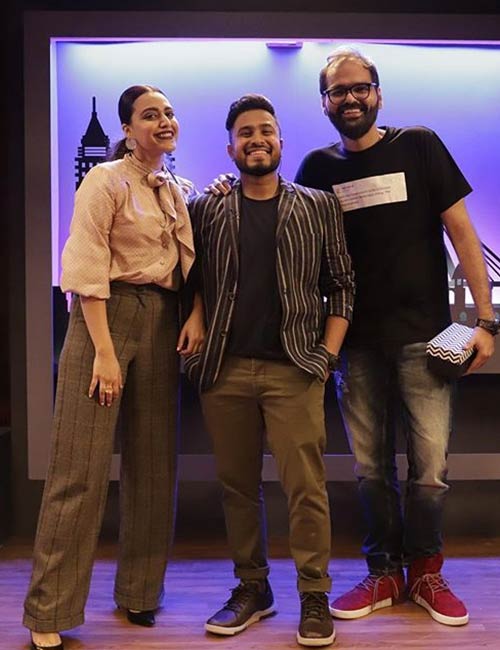 The actress was brought in to be interviewed by AIB fame Abish Mathew on his Hotstar show Son Of Abhish. While the tone of the show is casual and clearly targeted towards a younger audience, it is still an Indian show. So, when Swara called a child actor she shared the screen space with, a “ch***ya,” quite a few feathers were ruffled.

In the clip, she mentioned she was pretty angry when the child called her “aunty” as she had just started out with her career. She made matters worse by referring to children as basically “evil” and calling the child a “kam**na.” According to Swara, she did not say anything offensive to the child to his face but instead was thinking it to herself. She justified her actions in the clip by saying she was extremely disappointed with how the shoot was going and got annoyed further by the child referring to her as aunty.

Of course, through her casual tone and body language, anybody can tell that she wasn’t trying to be malicious with her statements but merely joking around. Twitter, however, did not take her actions kindly and went on a tirade of trolling. They lambasted the actress for her insensitive comments and for insulting the child who clearly had no idea what was happening around him. 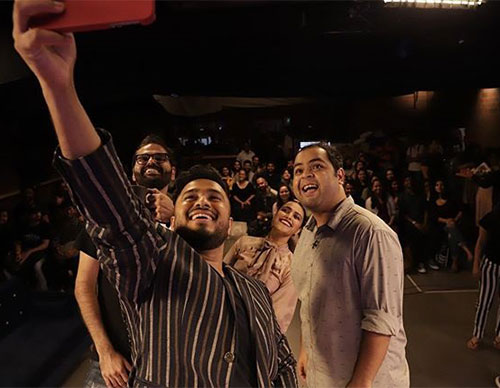 Netizens have trolled the actress for her behavior, and many felt the need to give her some moral schooling on her inappropriate statements. Twitterati slammed the actress as soon as the video clip went viral, and the micro-blogging site has been abuzz regarding the incident. Ever since the episode was aired, the hashtag #Swara_aunty has been trending heavily all over Twitter. One Twitter user commented, “Can this #swara_aunty be charged for abusing a 4-year-old-child? Disgusts me to the core & they call themselves educated and sophisticated.”

Some have even accused the actress of being racist towards the child as he was South Indian. Twitter users have gone on a feeding frenzy and are grabbing at this news from every angle they can possibly find. Many Twitter users had stated that she shouldn’t take the term aunty as offensive considering how young the child was.

One user was quoted saying, “Kids as old as 15-17 years addressed me as Aunty 7 years ago. Today, they are college-going and still call me Aunty. We continue growing, and we have to get used to it. #swara_aunty” 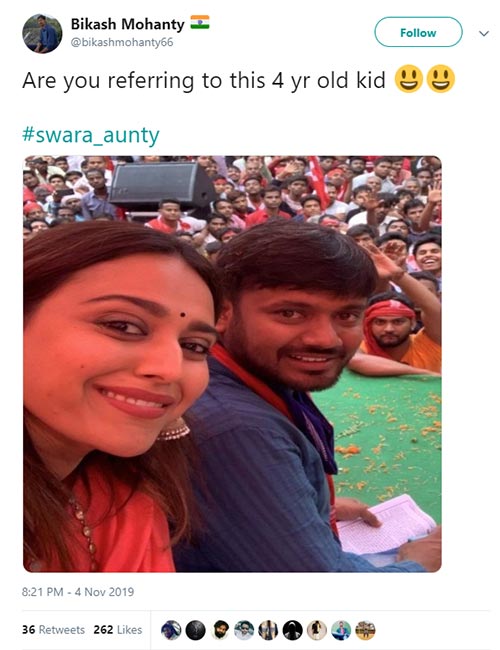 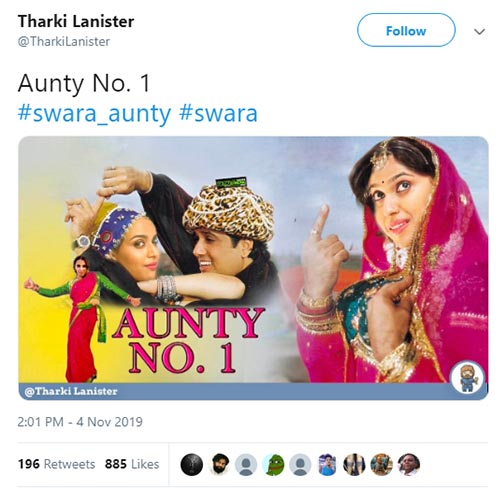 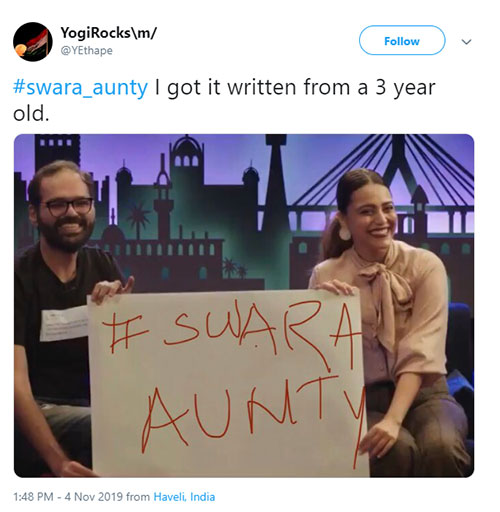 An NGO called Legal Rights Protection Forum filed a complaint with the National Commission for the Protection of Child Rights (NCPCR) against the actress. The complaint was filed for her racist and discriminating comments against children from the south of India during the broadcast of the TV show. The complaint asks for strict action to be taken against the actress and for Hotstar to take down the content from all its online accounts. Besides this, BJP leader Akash Joshi had also filed a complaint against Swara with the NCPCR. He also added that action should not only be taken towards Swara but others who supported and laughed at her statements in the video.

A lot of people shared some of her past tweets and statements and used her own language against her. Many called her conduct shameful and an insult to the Indian culture.

While the actress received a lot of backlash for her statements on Twitter, this isn’t the first time people and organizations have filed complaints against comedians. In the year 2015, comedy group AIB conducted a roast of actors Arjun Kapoor and Ranveer Singh. The show had the actors’ near and dear ones in attendance, including Ranveer Singh’s then-girlfriend, Deepika Padukone. Considering the fact that it is a roast, the brand of humor is pretty offensive and is meant to be offensive to the people being ‘roasted.’ A lot of celebrities passed statements that would be deemed as hurtful, but all in good fun.

Unfortunately for AIB, the video went viral and caught the attention of many people in power, including right-wing leaders who filed FIRs against the comedy group. Even people in the audience and the participants were called out in the FIRs. After all the backlash received, AIB took down the video and released a two-page press release apologizing for hurting the sentiments of those around them.

While Swara might not have had any malicious intent behind her statements, insulting an innocent child is not right as he cannot even defend himself. What if the child in question or his parents watch the clip and get upset? Even though freedom of speech is an important part of our press and media, there are some places where one must draw the line. This entire incident begs one question— how far does freedom of speech go?

7 Ways A Destination Wedding Will Save You Money