Being a part of the entertainment industry, the lives of celebrities have always been in the public eye. Not just their professional endeavors but also their personal lives. Who they date, who they marry and who they break up with are important pieces of information for fans. Over the years, we’ve seen a lot of couples in Bollywood who have given us fairytale love stories with big romantic gestures and out of the blue wedding proposals. New-age couples like Deepika Padukone and Ranveer Singh, Priyanka Chopra and Nick Jonas, and Anushka Sharma and Virat Kohli have set high standards for couples everywhere and made it seem like love is an easy undertaking.

One might argue that these couples are newly married, and hence it’s the “honeymoon phase” that’s making things look so dreamy. However, that might not be entirely true. Lots of couples who have been married for a long time are still so much in love. From Shahrukh Khan and Gauri Khan to Akshay Kumar and Twinkle Khanna, they’ve proved that it is far beyond just a phase and their love is everlasting. Another couple who do not fail to give us the jitters because of how supportive they are with each other is none other than the Pataudi Prince, Saif Ali Khan and the Bebo of Bollywood, Kareena Kapoor. 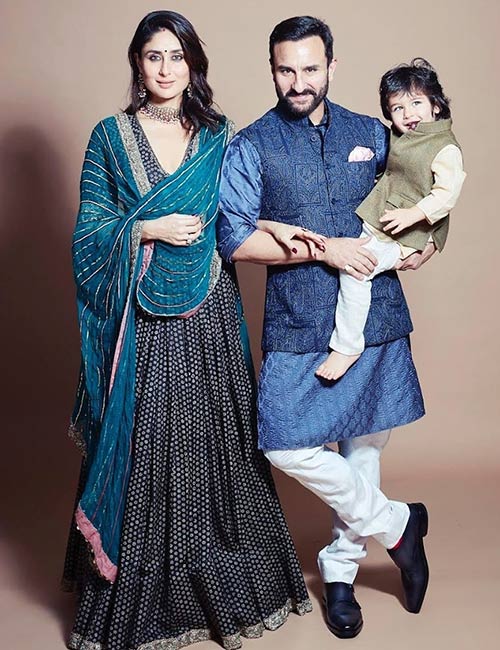 The family is often seen enjoying dinners and outings together along with Karisma Kapoor and her kids. Recently in an interview with a popular news agency, Kareena revealed that Saif helps her stay focused and grounded. She said that he often says that the tag of being successful won’t last long but being a great actor will and we believe that is some profound insight (Way to go, Saifu!). She also added that traveling, reading books and meeting people outside the industry helps keep her refreshed.

Kareena has seen highs and lows in her career but what sets her apart from other contemporaries is the fact that she does not get caught up in the rat race. She stays relevant and is content with her choices in her career and personal life. In the interview, Kareena said, “As a person, I am very comfortable in my space. I don’t need to work constantly to feel like a star. I can’t work on a loop. I would like to work in a film when I can give my 100%”. She said that she is happy to not promote a film and spend time with her baby boy, Taimur, read a book or watch a nice show. The Jab We Met actress said that she acted in Good Newwz because of the story which tells about a woman who wants to have a child in a particular situation. Even though she does not have a big role in Angrezi Medium, the gorgeous actress said that she was happy to play the part of a cop because it was a role she hadn’t done before. Kareena said, “I believe, as an actor, it has a lot to do with reinvention of the mind other than the physicality.”

One of Bollywood’s most cherished couples, Saif and Kareena fell in love while working together on the sets of Tashan. In an interview, Kareena revealed that the two of them would go on long bike rides for some alone time whenever they were free in between the shoots. They would just enjoy the scenic beauty, have long conversations, and bond. She said that this was during a time when she felt like she was falling, and Saif caught her. The actress opened up about how she wore her hearts on her sleeve and fell deeply in love with her soulmate, Saif Ali Khan. 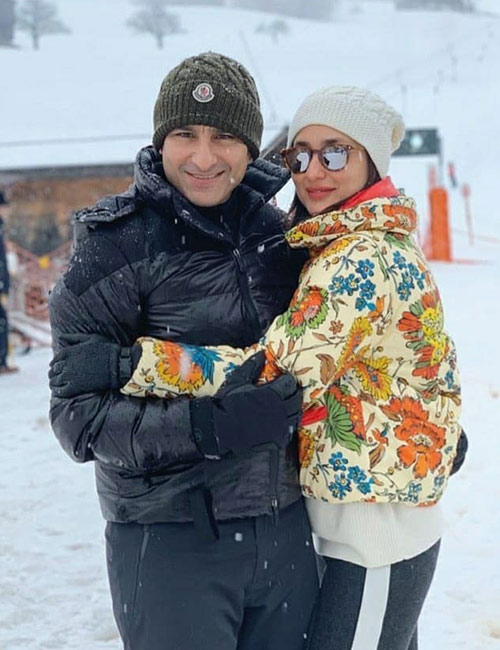 Within a year of dating, Saif Ali Khan got her name tattooed on his arm and took the media by storm. Despite constantly making headlines, this couple kept their wedding a private affair. After five years of being in a relationship, Saifeena tied the knot on October 16, 2012. Since then, they’ve given fans major relationship goals and have supported each other immensely.

Known for her fashionable style and sass, Kareena Kapoor has been giving us lifestyle goals ever since she played Poo in Kabhi Khushi Kabhie Gham. Even during her pregnancy, she flaunted her maternity style with so much confidence that it became a fashion trend in itself. Who says you cannot be fashionable when you’re pregnant? Well, take inspiration from Kareena and rock your style during those nine months. In 2016, after a lot of anticipation and excitement, Taimur Ali Khan Pataudi was born. Within a few hours of his birth, Saif shared a picture of them while kissing Kareena on the forehead and Taimur became a viral sensation on his first day of being born. The celebrity baby is always followed by paparazzi and is one of the youngest star babies of Bollywood.

It is indeed great to see Saif and Kareena successful in their professional as well as personal lives. What is your favorite thing about Saifeena? Comment below and let us know.