In recent times, women have started to gain an upper hand in nearly every race of life. And, one of the fields that have seen significant changes over the last decade is the armed forces. The most recent update comes from IAF. On 27 August, Wing Commander Shaliza Dhami from the IAF was promoted to the rank of Flight Commander. What makes this news prominent?

Shaliza Dhami is the country’s first-ever woman Flight Commander. And, she will be in charge of the Chetak unit in Ghaziabad, Uttar Pradesh. Here, at the Hindon airbase, Flight Commander Shaliza Dhami will be operating a light helicopter that has a payload capacity of six passengers or 500-kilo cargo, and have the capability to reach a top speed of 220 km/h.

This achievement is not something that happened overnight. The story goes back to a little girl that once dreamed of spanning the extents of the sky. Who is Flight Commander Shaliza Dhami? Read on to know more.

Eyes On The Sky Shaliza hail from the city of Ludhiana, Punjab. While both her parents sat in government positions, Shaliza had her eyes on the sky. When she was in 9th grade, she made up her mind to become a pilot.

Shaliza had her first experience at flying solo in an HPT-32 Deepak. After the solo flight on the basic trainer aircraft, Shaliza managed to clock nearly 2,500 flight hours in the next 14 years. In 2017, she stepped into the position of the first woman to become a flying instructor in IAF. As the Flight Commander, Shaliza Dhami has become the second-in-command at the unit she is in charge of.

Today, Flight Commander Shaliza has an experience of serving in the IAF for 15 years and is also the first female officer in the flying branch that has received a permanent commission. As of July, the IAF has nearly 2,000 female officers and eight combat pilots that are in service.

What Has Changed Over The Years? 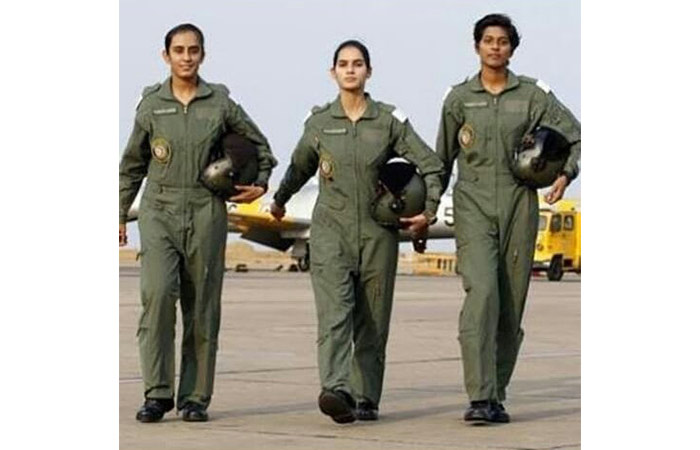 For several centuries, women in India were considered to be a weaker gender. This began at birth, where even till today, female infanticide is prevalent. As they grow, girl children are often not allowed on the playground and prevented from playing rigorous games. Owing to this bias in the society, several girls and women that are full of talent have missed numerous opportunities that could have been life-changing for them and those around them. Until merely three decades ago, women were not allowed into the defense fields, and even today, families are reluctant to send their daughters, sisters, and wives to the battlefield.

In addition to this, even people in high ranking positions in the defense branches live under the notion that women being put in combat roles would be a matter of risk since that will be unable to leave behind their children and family. Paying no heed to the societal norms and comments, women have moved into the armed forces and progressed by leaps and bounds. In the process,  they are not only serving the nation but also setting an example for upcoming generations.

Where Did The Change Begin? 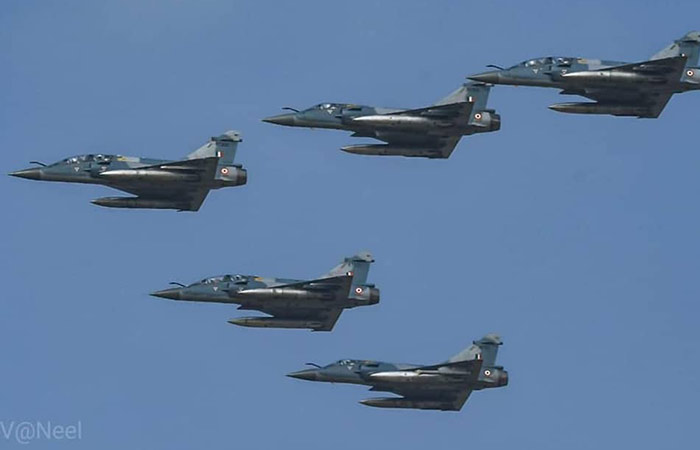 Until the year 1992, 45 years after independence, women were not welcomed into the armed forces. Till this point, women served predominantly in the medical units of the army, navy, and air force. However, they were never permitted into key operational roles. The following year saw the first batch of women in the pilot course, and in 1994, India had the first woman in the IAF to fly solo—Harita Deol.

Even after this point, women were allowed to fly only cargo aircraft and helicopters until two years ago. After the government passed the bill allowing women to take on key roles in 2015, 2017 saw the first set of female combat pilots in the Indian Air Force. With this first step, the number of women in the IAF has only increased and today, it is the defense wing with the highest female employees. And, what is the count now? Nearly 2,000 officers, comprising of at least 100 pilots—all women.

While the defensive line has been depicted as an extremely challenging field to work in and discouraged for women, today’s generation has broken the limitations that hold them back. As the world is looking at gossips of ‘who is dating whom’ and ‘whose child is wearing what’, there is a generation of women that are taking it on themselves to change the direction of feminism.

Don’t believe us? Well, let’s look back at this year alone. In May, we saw the IAF’s first female pilot who was officially qualified to be a part of combat missions—Flight Lieutenant Bhawana Kanth. Two months later, deceased defense pilot Samir Abrol’s wife, Garima, announced that she will be stepping into IAF in the wake of next year. On 15th August this year, Squadron Leader Minty Agarwal was awarded the Yudh Seva Medal, following the support she provided to Wing Commander Abhinandan during the February 27 events that took place between IAF and Pakistan Air Force. And, now we have Flight Commander Shaliza Dhami.

If these do not prove to you that women are moving ahead with steady strides, we don’t know what will. Let us know your thoughts in the comment section below.