Suffering, pain, and the ineffective system to resolve issues was not something new for Sonal Rochani. The former crime reporter had it in her to step out and do more for those in need. And that quality extended beyond journalism. However, analogous to most people, Sonal had her limitations. She had nothing more to offer than her empathy. And then, an incident broke the last straw.

During her stint at the Civil Hospital where she was required to cover stories, Rochani was approached by a pregnant woman. This woman was doused in kerosene by her in-laws, and the reason—she was going to be the mother of a girl child. Although the needful was done, the incident left a deep impact on Sonal.

Following this, Sonal went on to dig deeper into the situation of rural women and how their life was influenced by the minimal resources available to them. Five years later, Sonal Rochani gathered whatever it took to quit her high-paying job and decided to dedicate herself to uplift tribal women.

This is not the story of a celebrity or a rags-to-riches miracle. This is a story of a woman that battled all the odds to make a difference in the world she lived in.

Sonal began by going all over Gujarat to understand the real condition of the women living there. And at the end, took a call to work with women from the Halpati and Kotdwara tribal communities. Upon further inspection, it was understood that of the several problems that affected them two of them stood out. The men’s alcohol addiction and the plunge in green cover seemed to be the ground causes for all other problems.

The alcoholism among Halpati men led to the reduction in their lifespan, down to a shocking 40 years. This caused a surge in the number of widows, which in turn led to children dropping out of school to support their families financially.

In the Kotdwara, bamboo-based handicraft served as a primary means of living for the tribe. However, the dramatic reduction in the green cover took a toll of people’s livelihood, turning them into daily wage laborers. Taking control of the situation, Sonal’s Shakti foundation plays a pivotal role in mentoring and helping thousands of tribal women turn self-sufficient in 55 villages. She made this possible by guiding them to start their businesses to fuel their families’ financial requirements. However, Shakti Foundation’s success does not end at that. They went on to solve issues pertaining to hygiene, education, and healthcare.

The first step to ensure security for the tribal communities, Sonal, with her team, helped get the legal documents for members of the tribe. In addition, the NGO also conducted a number of camps to drive awareness regarding bank accounts and government schemes among the tribal people. She realized that one of the main setbacks was the lack of awareness of the procedure, or in most cases, regarding the existence of such schemes itself. Since most of the people were dependent on daily wages, dedicating one day to visit a government office was a luxury. As an outcome of running camps to bring awareness about schemes pertaining to health, retirement, and widow pension, over 5,000 families have benefited.

Another major problem that came to Sonal’s attention was the poor quality of healthcare among women and children. Owing to the poor income, nutrition was sparse. And, the girls were married before reaching legal age most of the times. Malnourished girls eventually gave birth to underweight children, and hence, the vicious circle continued. With support from doctors in her network, Sonal conducts regular health camps in all the 55 villages to ensure any health issue is rectified and better nourishment is provided accordingly. 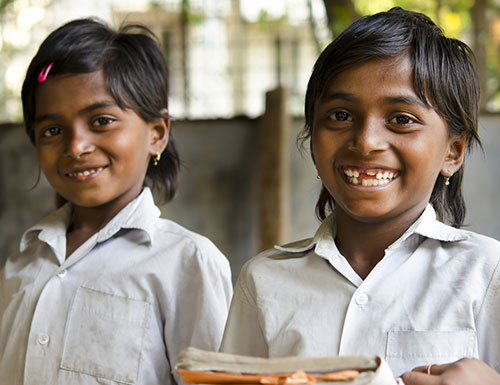 Shakti Foundation’s educational initiatives cover over 40 schools that take classes after school hours for children who are set to write their board exams. In addition to stationery, such as books and pens, the team also teaches subjects such as Science, English, and Mathematics. Against this backdrop, there has been a drastic improvement in the educational system in local schools, some even achieving a 100 percent pass rate. Following this, the NGO provides the students with career guidance to support the educational trajectory. 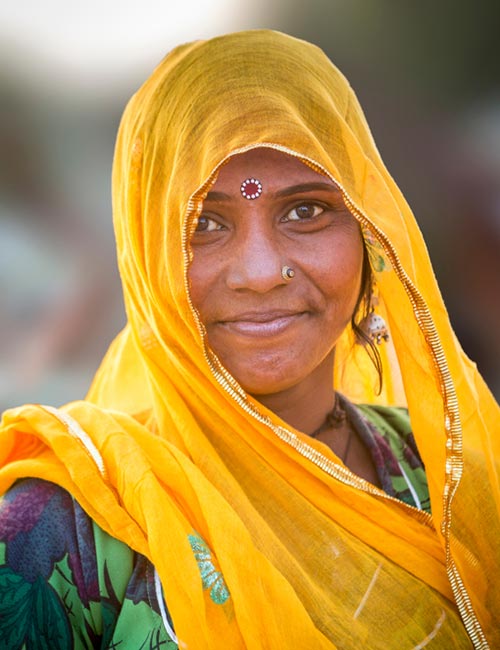 Like a jewel on the crown, the NGO has trained several hundred women in skill development, in addition to helping them get financial assistance from banks. With over 500 self-help groups, the NGO identifies women with the potential to become entrepreneurs and support them further with funds. These businesses include making low-cost sanitary napkins, papads, incense sticks, and setting up beauty parlors.

Over the last eight years, Sonal has struggled to gain the women’s trust and battle resistance from the men in communities. And, her secret to all the success is patience, courage, and perseverance. Before you think, “what can I do about it?”, know that the power to a strong and secure future is in your hands. There is a Sonal Rochani in each of us. Time to unleash that potential.