We all have copious things to complain about in our lives, don’t we? We just want somebody to ask us, “What’s wrong?” and we start off with the list of problems. How does cribbing or telling our problems to others solve it? We cannot find the solutions to the roadblocks in our lives by merely talking about it. The power to transform our lives for the better lies in our hands. If we know and understand the meaning of this, there will never be a roadblock in our lives that we cannot break.

And this is exactly what Ashweetha Shetty strongly believes since she read the autobiography of Helen Keller. Ashweetha was conditioned to believe that her life could be simply put in three words — poor village girl. Her understanding that only she had the power to transform her life conditions into something better made all the difference. Her hard work and perseverance have turned her into a renowned Ted speaker, a rural social worker, and also the founder of a non-profit organization called Bodhi Tree Foundation. Indeed a 360-degree transformation. 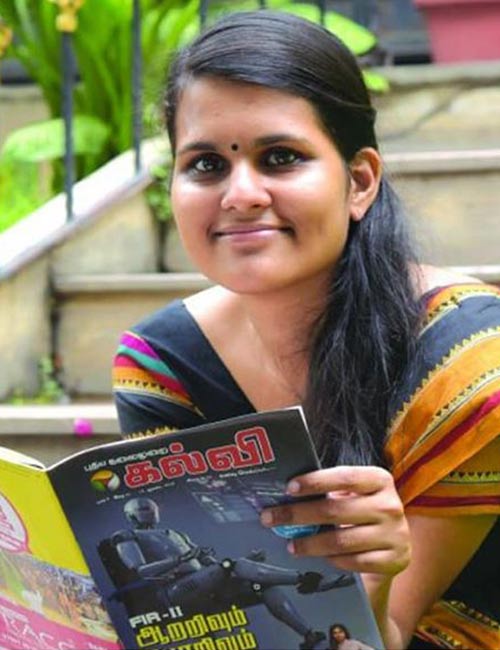 Ashweetha was born in Mukkudal, a small village that falls in Tirunelveli, Tamil Nadu. She was the third child to her parents, who rolled beedis for a living. Life was not at all easy for Ashweetha. She recalls how she was brought up to believe that men yelling and raising hands on the women was a common thing. Like the majority of the inhabitants of her village, Ashweetha’s family was under dire poverty.

She says that she constantly lived with the fear of being married off after her basic schooling, just like her elder sister. Recalling that phase, she says that wherever she went during her high school days, the village people would only talk about prospective grooms for her.

The only positive thing that happened during this phase is that she realized that nobody expected anything from her. This motivated her to do something in life and show people what she’s capable of. 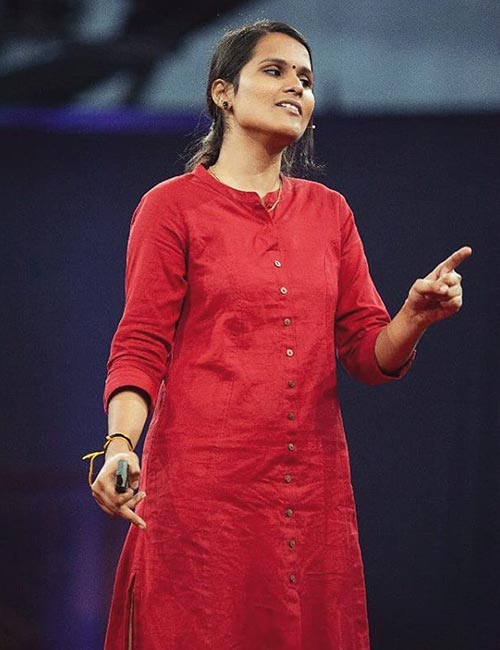 In addition to helping her family roll beedis, Ashweetha cultivated the habit of reading books. For her, books were an escape from reality. She began with novels and graduated to reading magazines. Books gave her the idea that there was a better world outside her village. The more she read, the more she felt that she was wasting her life in the village. She mostly read women’s stories. She says that Barkha Dutt inspired her the most. She would watch her shows and learn English. 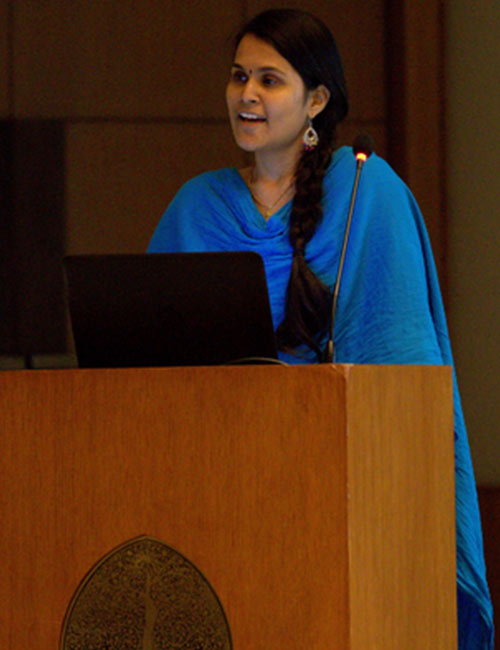 Young India Fellowship (YIF) is a one-year multi-disciplinary post-graduate program. It provides arts education with experimental learning as its focal point. When she applied for this program, she was sure that she wouldn’t pass as she didn’t know how to speak in English. But, when she cleared the initial stages, she was pleasantly surprised and had to inform her father about it. He wasn’t happy because she had to shift to Delhi for the residential program. However, she managed to convince him.

She recalls that the best part about the selection process was her YIF interview during which she had to speak in English. She didn’t know how well that would fare as she never got an opportunity to talk in English before. The fact that she managed to talk, even if it was in a broken manner, made her really happy!

Her Mother Was Her Support 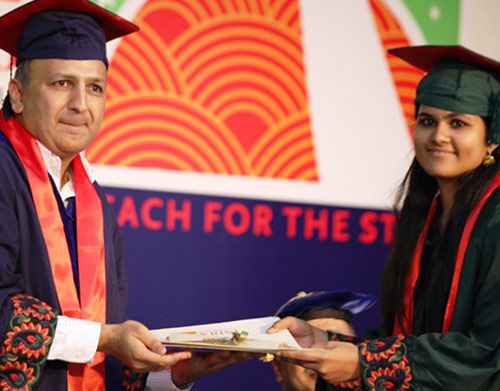 Asweetha understands that her mother never wanted to give birth to a girl child, because she didn’t have anything to give her daughter. Her mom made this very clear to Ashweetha. But when she applied to YIF, it was her mother who supported her throughout and backed her to use this opportunity to change the fate of her poor-conditioned life.

And during the YIF course in Delhi, Ashweetha soon realized that her village background proved to be a huge barrier. She initially succumbed to the language barrier. Over time, she made sure she put in persistent efforts and went on to successfully graduate in this course. Ashweetha founded Bodhi Tree Foundation, a non-profit organization in May 2014. She wanted to use this organization as a means to bridge the rural-urban gap. She made this possible by empowering the rural youth through soft-skill training, allowing them to take control of their lives, and backing the development of the poor communities through better education and opportunities.

Currently, this organization is reaching out at 2,400 graduated from the rural part of India. It teaches these graduates to speak in English, improve their life-management skills, and also provides career counseling.

Ashweetha knows how much of a difference it makes to have a qualified person teach you English and guide you through the most treacherous times of your life. This is true especially when you need to set up a career path for yourself. And she wants to make sure that her organization provides all kinds of support to the rural souls who want to dream big. We salute her initiative!

The post Daughter Of TN Beedi Rollers Fights Odds To Educate Herself appeared first on STYLECRAZE.

Astringent vs. Toner: What Is The Difference And Which One Is Good for Your Skin?

Makeup Trends To Try According To Your Zodiac Sign