We have all heard the words, “The past doesn’t define us. Our dreams do.” These words have an incredibly deep meaning to it. It helps us understand that no matter how bad our past may have been, if we dream and set our hearts to it, we can redefine our life. Yes, we are born into a certain family with a certain living condition. But, if we dream big and are working hard to achieve them, we can surely change not just our life, but also our family’s life into something better.

And this is exactly what Anu Oraon believed in. She wants to show the world her worth by proving it one step at a time. She says, “A doctor’s child will be a doctor, and a beggar’s child will be a beggar is a myth, and I will prove it!” No one would believe that these words have come from Anu Oraon, a 17-year-old teenage girl who has risen above all kinds of criticism and scorns (1). You must be wondering what is that she has been fighting so much, right? Yes, her parents are beggars suffering from leprosy! But, her living condition and the plight of her parents didn’t stop Anu from dreaming big. This Class 11 student from Ranchi is gifted with quick reflexes and an incredible will-power. She’s made full use of these and has emerged as a promising basketball player in Ranchi.

An Anecdote Of Her 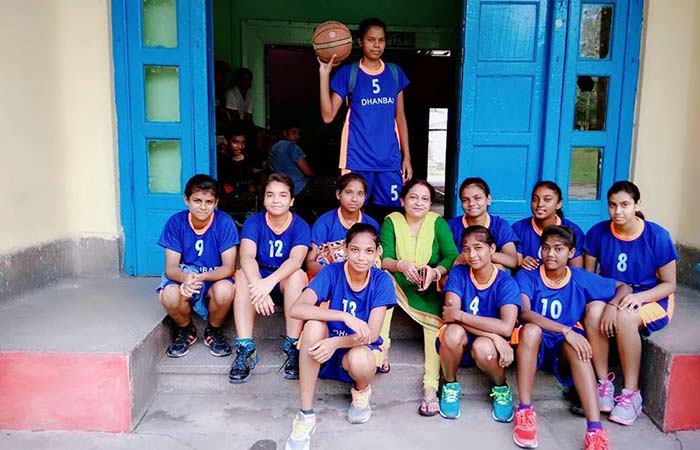 Anu grew up amid a lot of social and financial limitations. But her dreams remained unperturbed. Her parents were infected with leprosy even before her birth. Her father, Tunwa Oraon was affected with leprosy in his hands and feet. Whereas her mother, Babi, had her left leg fall prey to the deadly disease. Even after begging in this heart-wrenching health condition, they earned hardly anything.

Their health limited them to begging as a means of living, making it difficult for the couple to meet the basic needs of Anu and her other four siblings. This was when a welfare organization called Damian Welfare Society came forward and took the four-year old Anu under its wing. The Society admitted Anu to Dhanbad’s Nirmala School to provide a better life for her. Anu passed her 10th board examination with a first-class there. Her empyrean performance in sports enabled her to bag a full scholarship to continue her secondary education at Guru Govind Public School. She says that her pursuing sports and education makes her parents hope for a better life in the near future. She admits that she misses seeing her parents every day and being with the rest of the family. But for her, the hard work and desire to provide a better life for her family outweighs her worries. Anu’s younger sister was provided opportunities for education by the Damian Welfare Society as well.

When She Had Her Calling In Sports

Since she was a little girl, Anu had always harbored the dream of being a part of the Indian Army. However, when she was in 7th grade, she found her calling in sports. Initially, she didn’t have any idea about a sport called basketball. She joined basketball practice only because she liked playing different kinds of sports. Over time, she kept progressing and became better with each training session. Her progress in basketball made her realize that it was what she wanted to do for the rest of her life — play basketball.

All the hard work she’d put in learning and practicing basketball allowed her to represent Jharkhand in the junior and senior national championships in 2018. The sports officials spotted her talent and asked her to participate in the U-18 training camp in Bengaluru. In this month-long camp, she got an opportunity to play alongside top cagers and learned many new strategies and techniques in the game. Since then, Anu’s career in sports as a basketball player has only been inching closer and closer towards success.

Anu gives credit to her school, Guru Govind Singh Public School for this positive change in her life. She admits that if her school had not provided her the opportunity, she’d still be struggling to find a career path. Her school backed her dream of becoming a basketball player more than anyone else. The fact that she was candid about her parent’s health conditions has made her a stronger girl who has only one goal in life now — to fight all shortcomings and take on the world with sheer grit.

You’re an inspiration to all those souls out there who often succumb to their living conditions and refrain from dreaming big in life. We couldn’t be more proud of you, Anu!