For a girl who is stepping into womanhood, period is a major step. While some of our mothers would have already warned us about the monthly bloodshed down there, menstruation can come as a surprise to the rest who had no clue about what it is. Nonetheless, menstruation is considered a huge milestone in a woman’s life and the first period is something that often calls for a celebration in many cultures. This is true to almost all the countries in the world and especially in India where there are multiple cultures residing together. However, not all first period traditions are sweet and merry; some of them are weird and make your frown lines deeper. So, let’s explore what these traditions are? Read on to know more. Let’s start with India because why not? While Indians are diverse in first period traditions because they follow different cultures, this one is specific to the South Indian states like Tamil Nadu, Kerala, Karnataka, and Andhra Pradesh. When you get your period for the first time, you get a grand celebration where you are bathed by your mom and aunts in turmeric water (may vary according to specific cultures) and dressed in new clothes. You are often dressed up like a bride and are showered with blessings and gifts. The occasion of a girl attaining the fertility milestone is considered auspicious and is a joyful occasion for the whole family. Hence, a family event is often organized where the guests are mostly women and close male relatives. 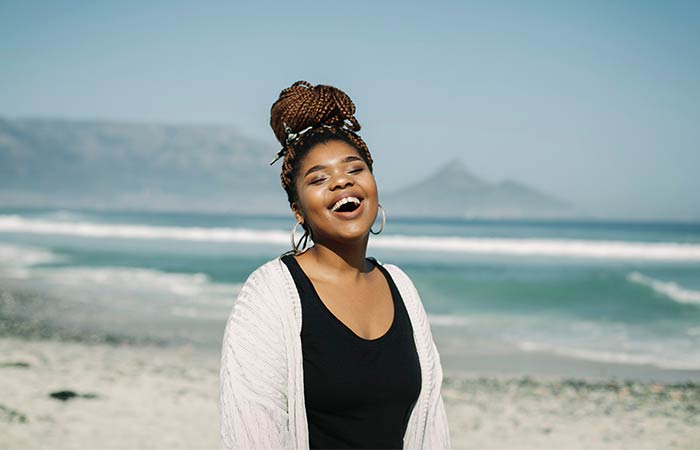 The first-period tradition in South Africa is pretty similar to that of the South Indian states. The girl’s milestone is celebrated in a grand way and she receives many gifts. However, the girl has to stay inside the house for the first three days of her first period and she’s not allowed to go out. Also, she is expected to stay away from men and children during this time. 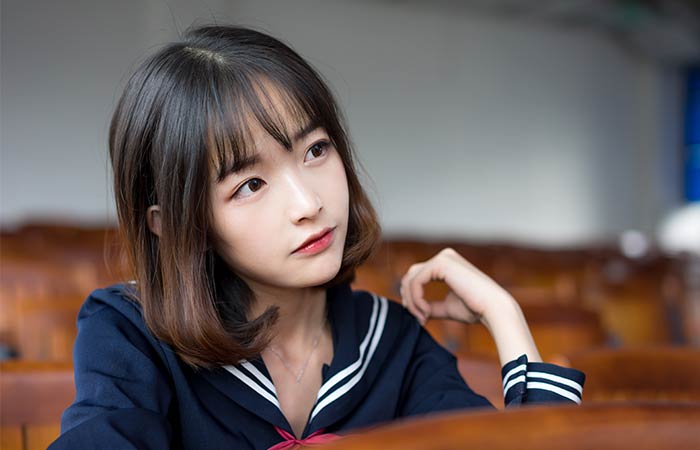 Japan has a very interesting way of revealing the first-period news of a girl. The mom of the adolescent girl will cook a sticky rice dish in which she’ll add red beans. This dish is called sekihan and it is served to the entire family to announce the news of the girl’s first period in an indirect way. The family is supposed to consume this traditional dish and wish for the welfare of the girl. Now let me warn you because you’re in for a cringe ride. When a girl from the Philippines gets her first-ever period, her mom washes her panties with water and smears the half blood- half water solution onto the girl’s face. Apparently, this solution is believed to help the girl in staying away from pimples for the rest of her life (only if it was true). While it’s an adorable tradition, we don’t think most of us would want to do it. Also, another first period tradition in the Philippines is that the girl is made to jump three steps down the stairs because this number signifies the number of days she’s going to menstruate every month. On similar lines, Brazil also celebrates the first period of their daughters. It’s a grand tradition and the male and female members of the family are invited to attend the celebration. We can imagine how confused and happy the girl must be to receive all the sudden attention, and gifts of course! Now, this is a very yummy tradition and we wish we followed the same in India as well. In Iceland, the mother of the girl who gets her first period will bake a cake for her. And this yummy cake will be red and white signifying the period concept but we don’t think it’s a cringe thing. Imagine a creamy red velvet cake. Ooooo, yum! Israelian girls are asked to lick a spoon dipped in honey. It is believed that by doing so, their periods will become less painful and uncomfortable. I don’t think any girl would say no to that! Maybe, we should all try it, shouldn’t we? Girls in Macedonia are asked to wash their own stained panties when they get their first period. Well, it’s not because they are considered impure (like some people in India) but it’s because the tradition is believed to bring the girl good luck. Now that, we understand. Let’s just forget the sweet cake, honey traditions for a while and get on to better things. Girls in Croatia are given a glass of wine when they get their first period. Now, that’s what adulting should feel like, isn’t it? We’re convinced that Croatians know how to celebrate life!

These are just a few first period traditions from around the world. There are probably thousands of them that we don’t know about. So help us and our readers know about these beautiful traditions by commenting yours in the section below. Also, tell us how your first period was like and how you felt while being a part of these traditions.

The post 9 Strangest First Period Traditions From Around The World appeared first on STYLECRAZE.