Everybody is aware of the fact that a wedding is a huge affair in a person’s life! And in countries like India, a wedding is considered to be nothing short of a festival. If deciding to say “I do” wasn’t a good enough nerve-wrecking moment for the groom or the bride, preparing for the wedding festivities is a time that is much more intense for the two of them. There’s a lot that goes into planning an Indian wedding. Right from giving attention to the minute details of the wedding to taking care of the sentiments of the elders who come to bless the couple in the wedding to making sure that you are extremely cordial with your future in-laws, all of this is very taxing both physically and mentally. To brave through all of these sweet-sour times, it is very important that the bride-to-be and the groom-to-be share good compatibility. It’s very important to analyze the strength of one’s relationship which is making its way into another phase of life, a brand new one! So, how does one test this? Well, looks like MX Player found their most apt way to do it and created its own reality show to throw some light into this aspect. Read on.

This ‘Shaadi Fit’ is MX Player’s reality show whose host is the multitalented and very beautiful Mandira Bedi. As the name ‘Shaadi Fit’ suggests, this show puts four of the to be wed couples through a series of tests that test these couples’ mental and physical stability. The show follows the concept of how one needs to know if two souls together make for a successful wedding or not. The show has the tagline of “I Do Se Pehle, MUST Do.” This show makes these couples to set off on a ten-week adventure of various tasks that test the couple’s compatibility and makes them emotionally, physically, and mentally ready for their weddings. And the host, Mandira Bedi personally looks into everything; even things like grooming and makes sure that the couples are fit from top to bottom to be able to plan their wedding well.

The show which has eleven episodes shows a series of ups and downs that each couple is seen facing. And every couple had their own #couplegoals and #couplemoments. Here’s a look into those moments when the couples melted our hearts.

1. The Story Of A Proposal That Beats All Other Proposals

In the very first episode itself, we witnessed a proposal that swept many of their feet. The lovely couple, Shraddha and Akash became this ideal couple after having shared the video of their fairytale proposal. Shraddha apparently threw many hints at Akash about how she was expecting a really grand proposal from his side. Therefore, Akash being the smart one, made sure he made note of the hints and planned a helicopter proposal for his lady love. Yep, proposing on a helicopter, now, doesn’t that pass a chill down all of our spines? The thought, the effort, the moment that went into this proposal surely did make its viewers go “Awww” a little longer than usual for sure.

One of the important aspects of the wedding that helps us relive the precious moments again and again are the wedding pictures and videos. The candid ones are the best and the most cherished. And when the couples were given the task of “Save The Date” shoot task, it was Michelle and Gautam who aced it and emerged as winners. They were bang on with their chemistry even in their pictures. And if you’ve been following this show from the beginning, you’ll definitely agree that this couple have been setting couple goals throughout the show.

3. The Journery From Save-The-Date To Pre-Wedding Video 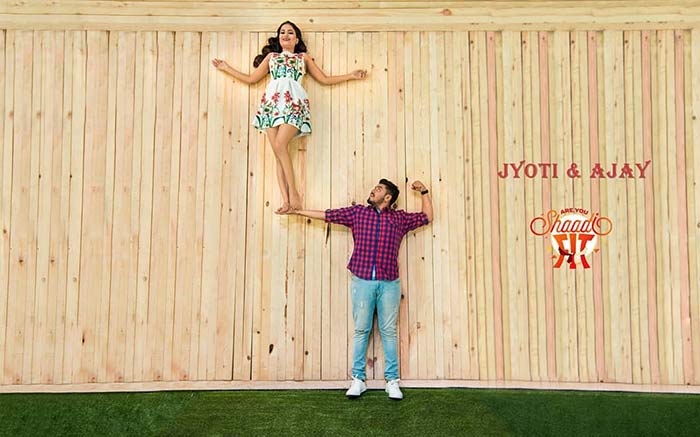 “It’s the journey that always counts” is what this couple, Jyoti and Ajay showed everybody on this show. They had very shaky moments and performance in the initial tasks. However, in the final leg of the show when the pre-wedding videos of couples were shot and when these videos came out, it surprised everybody on a pleasant note. They looked lovely and the understanding that they have clearly showed in them. They definitely learned so much through each of the tasks that they performed in the show.

4. Supporting One Another Is All That Should Matter 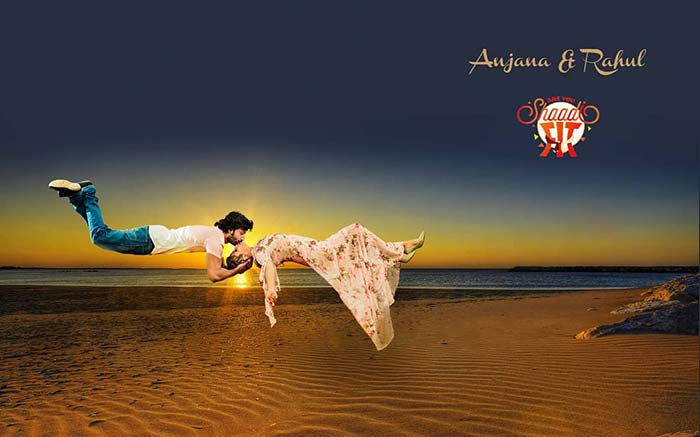 Weddings are difficult to plan. And they become a much heavier task when the two people are from different cultural backgrounds. And this couple, Anjana and Rahul are the perfect examples of this. In the beginning of the show, the couple disagreed on many things because of their different cultures and lifestyles. However, by the end of the show, they found their balance and supported each other irrespective of the odds.

In a world where reality shows are mainly for pure entertainment, a show like Shaadi Fit stands out. For this show helped both the couple participants as well all the viewers understand what a bride-to-be and a groom-to-be go through when they are planning the wedding. And if you’re someone who’s setting of in the path to a wedding from a relationship, we hope that you’re strong and happy and most importantly you’re ready for the new phase to begin.