It’s no secret that South India has produced some of the finest and most beautiful actresses in the entire country. From Samantha Akkineni to Keerthy Suresh and Nayanthara, the sky’s the limit when it comes to talent. These gorgeous actresses always make it a point to grace us with stunning pictures of themselves on the ‘gram’. And like most of us, they too share a special bond with their mothers. Keerthy Suresh who won the National Award for Best Actress this year, dedicated the honor to her beloved mother. Likewise, Kajal Aggarwal who is presently traveling in the Maldives continues to treat her fans with super special family moments, softening our hearts.

Have you ever wondered what your favorite actresses’ moms look like or what they do? Check out this list to know more! 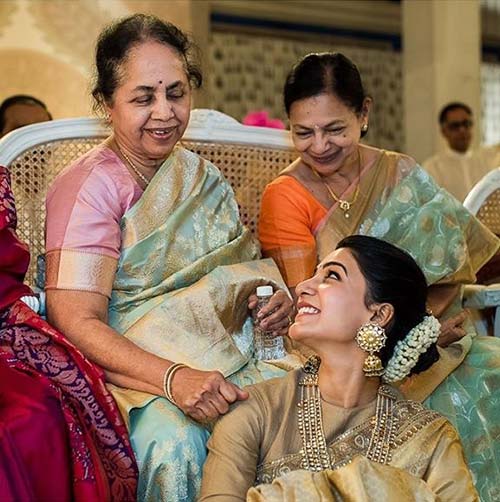 This talented Filmfare award winning actress has donned many hats and won the hearts of millions of fans across the country. From Neethaane En Ponvasantham (2012) and Eega (2012) to Rangasthalam, the actress has proven her versatility as an actress. Commonly billed as one of South India’s most talented actresses, we’re sure her mother must be very proud. And judging by how often she’s featured on Samantha’s Instagram account, we know she is! 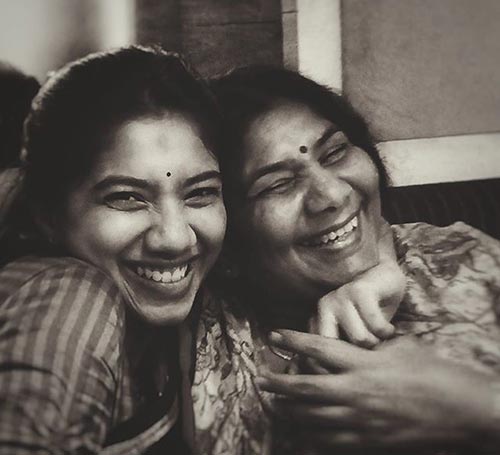 This talented actress made headlines for rejecting a 2-crore worth advertising contract for a fairness brand as she didn’t believe in skin lightening creams. Her gutsy attitude won her the adoration of many fans. Her role in her debut movie Premam, which she shot while on a break from her university, won her a Filmfare Award. This talented actress proves beauty and brains go perfectly well together. 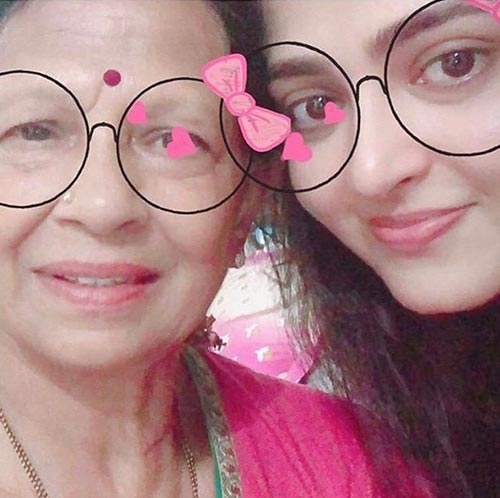 This stunning actress is known for her hit movies across Tamil and Telugu cinema, including Baahubali. The actress made her debut in the Telugu film Super with Ayesha Takia and Akkineni Nagarjuna by her side. It took her a few years to prove herself as an actress but once she did, she kept bagging awards left, right and centre. 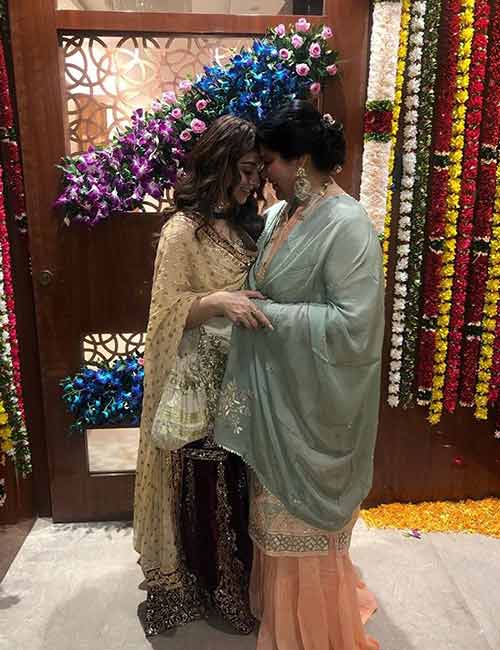 Hansika Motwani is presently in the news because she is promoting her up and coming film Maha. This multi-lingual actress hails from a Sindhi family in the city of Mumbai and has made a name for herself in Tamil, Telugu, Kannada, and Hindi cinema. The actress often shares adorable pictures of herself and her lovely family. 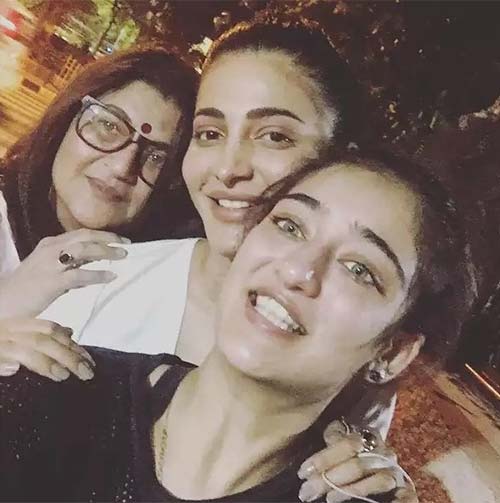 One of the most loved mother-daughter duos in the South, Shruti Hasan and her actress mother Sarika share a very close bond. The talented young actress often takes to the gram to share pictures of herself with her mother as well as her sister. Although their parents, superstar Kamal Haasan and actress Sarika split up in the early 2000s, the family share a very close bond. 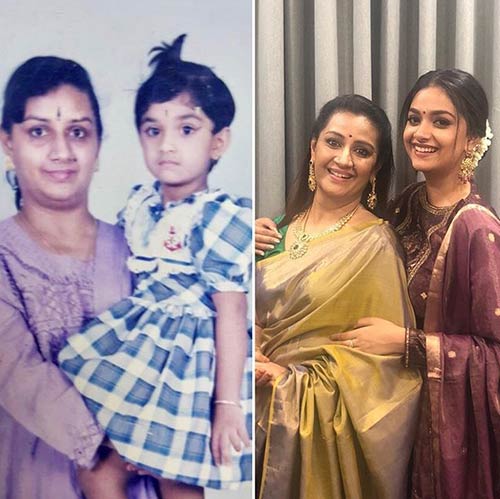 Keerthy receiveda National Film Award recently and commended her mother for her success. According to Keerthy, she wouldn’t be standing where she stood if not for the love and support of her mother. The talented actress dedicated the award to her mother and brought many to tears with her emotional speech. 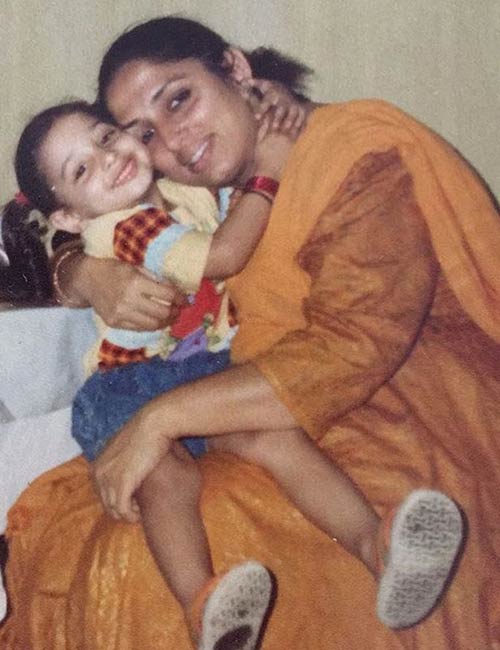 This multilingual actress has starred in Tamil, Telugu, and Hindi cinema. Prominently known for her roles in the films Devi, Baahubali: The Beginning and Paiyaa, the actress has garnered attention for her beautiful porcelain like features and vibrant personality. Tamannaah regularly ventures out in the city with her wonderful mother with whom she shares a very close bond. 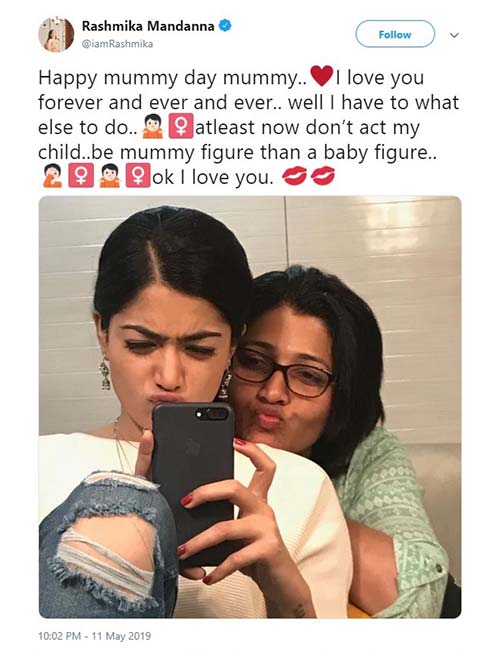 Rashmika Mandanna, is a 23-year-old Indian actress who acts in Kannada and Telugu films. She is affectionately called ‘The Karnataka Crush’ by the media and Kannada film industry. Bangalore Times put her ahead of everyone else in the rundown of ’30 Most Desirable Woman of 2017′. The young actress always creates quite a buzz with the photos she shares on Instagram.

Kajal Aggarwal is an Indian entertainer and model. She has made a name for herself in Tamil and Telugu cinema and has been selected for not one but rather four Filmfare Awards South! The spectacular actress made her introduction with the 2004 Bollywood film Kyun! Ho Gaya Na…. Her first Telugu film debut was in the year 2007 with the movie Lakshmi Kalyanam.

As they sall say, there’s nothing more special thatn the bond between a mother and her daughter. And in the case of these leading ladies, we know that behind every successful woman is a mother who helped her get there. What do you think of this list? Do you enjoy sharing pictures of yourself and your mother? Tell us your thoughts in the comments below.