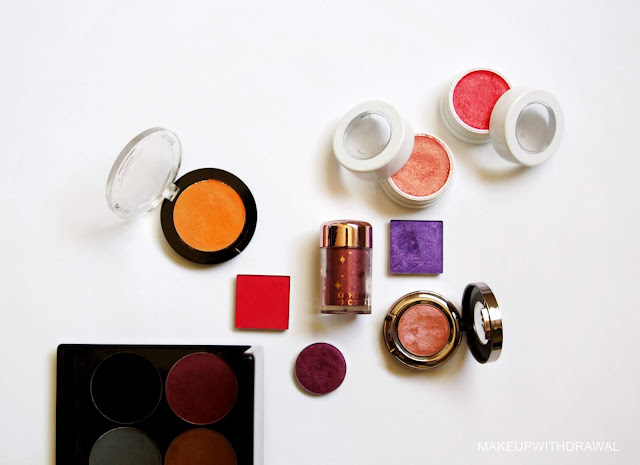 Over the last few months, I’ve been using some of my eye shadows as cheek products and thought I’d share my results.
While I’m generally attracted to very vivid cheek products, there were some colors that I didn’t have among my blushes, and I didn’t want to go buy shades that may not have been worn very much. Outliers. So I tried to make do with some shadows I already had. 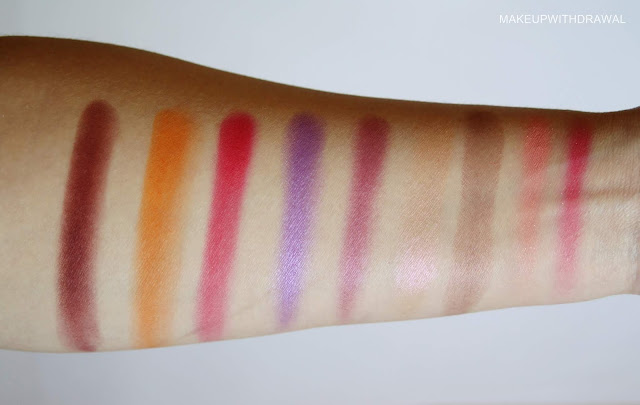 I selected shades in every finish; matte, pearly, shimmer, and coarser glitter. 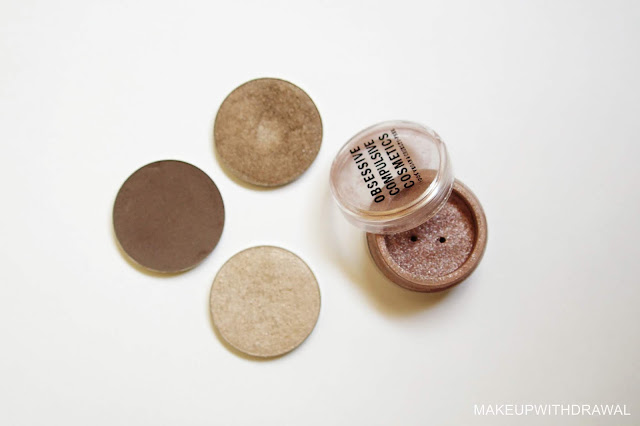 I also pulled out some colors that were more in the vein of bronzer and highlight. Starting with the OCC pigment, going clockwise: OCC Color Concentrate Powder in Smote, Stila Wheat, MUFE (old, old version) 165, and Stila Golightly 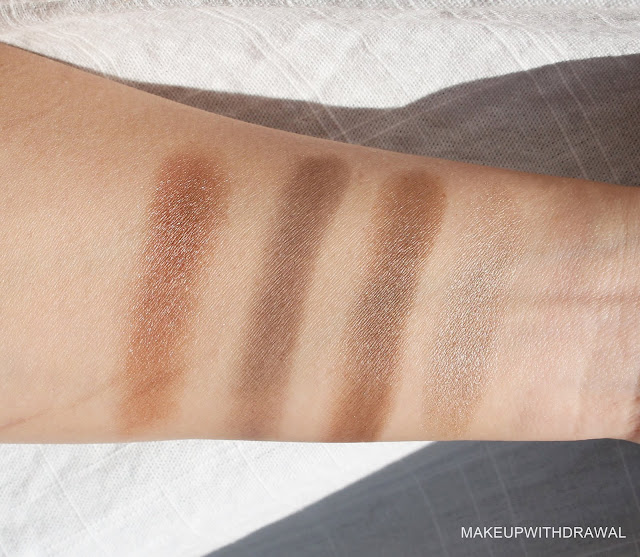 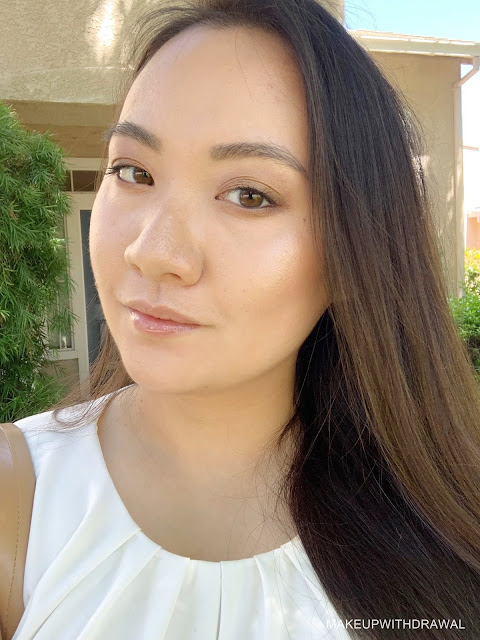 Here I’m wearing all four of the neutral shades. MUFE 165 as the contour, Stila Wheat as the highlight. Used Smote and Golightly to carve out some cheekbone definition. 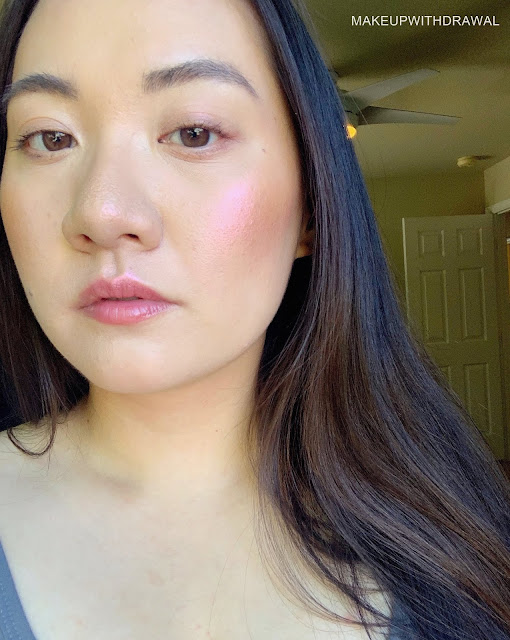 Here I topped off actual blushes (Surrat Cantaloup, NARS Taj Mahal, and an Essence red blush) with the pink sheen of Urban Decay Firebird. Glorious combination, I loved this! 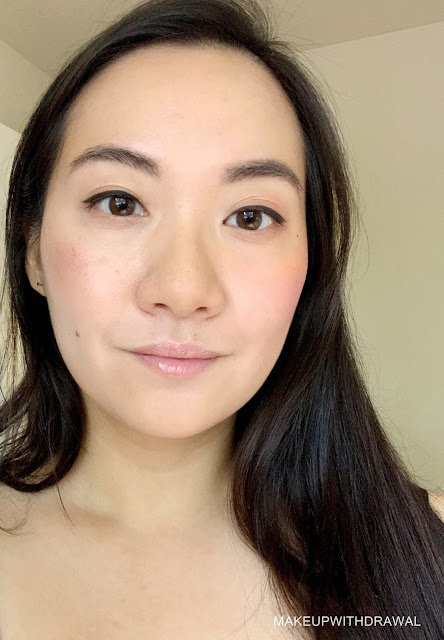 On my right cheek (left side of the pic) I’m wearing Colourpop The Scorpion pigment. This makes for a terrible blush! There’s no binders/emollients in the powder and it does not apply well to the cheeks at all. Actually it doesn’t apply well to the eyelid either, I’ve pretty much written it off as a rubbish product all around.

On my left cheek I have a gradient of Mehron Inferno, Cozzette Infrared, and Colourpop Paradiso. Paradiso took some extra buffing to smooth into the cheek, but the two matte shades were effortless with a squirrel brush (as effortless as something with high pigment can be, when applied to the cheeks).

The general trend was that the less shimmer a product had, the easier it crossed over for cheek use. All the mattes were easy to work with, but shimmers took more buffing and some of the base color was often lost.  Finer shimmer/pearl flattered me more than the chunkier particles, which would often highlight my pores. I had no luck with the two Colourpop Supershocks, even though the base product itself is creamy and blends well (er, well fresh Supershocks do. Mine are kind of old and it was a chore), the chunky glitter is a nightmare.

I enjoyed pulling out some shadows that hadn’t gotten enough love over the last few years and repurposing them for the cheeks even though not every shade was a success. I think I’ll use MUFE 165 up as contour and Urban Decay is now being reached for much more often, now that I know how nice it looks as a topper.

Do you have any shadows that look beautiful on the cheeks?

Products featured were purchased by me. For additional information, please refer to my Disclosure Policy.