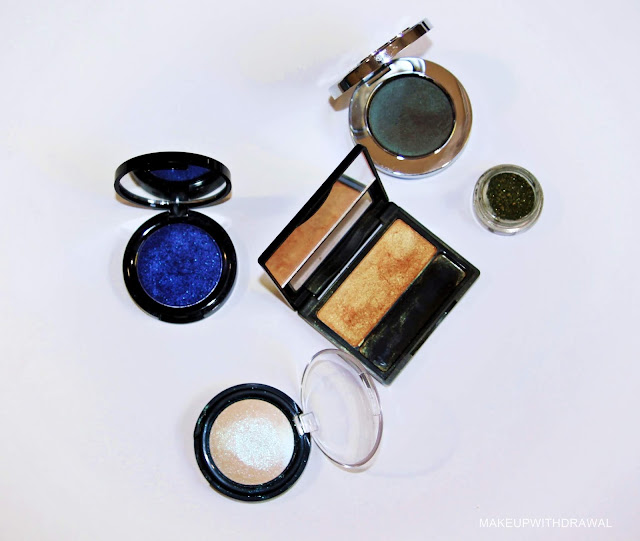 Earlier this month, I wrote a post about my favorite discontinued and hard to find eye shadows. I lied to you. I knew even as I hit the “Publish” button on the post that I was lying to you. That post wasn’t the complete list. I had such a hard time narrowing down my favorites that I saved the last five, the best five, for a separate post. 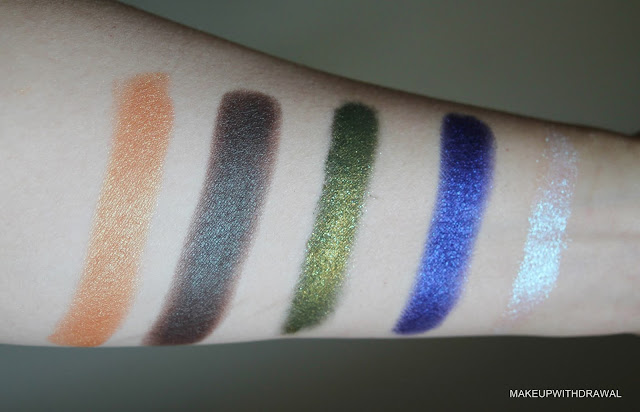 Same lighting, but two different processors so that you can get a better idea what these eyeshadows look like. This was from my first indie eye shadow order ever! This little pot is around 9 years old. One of my favorite colors, it has a matte deep green base topped with bright gold and multicolored sparkle. This was before Fyrinnae started using more binders in their eyeshadows, it’s not as elegant to apply as Fyr shades are today. You have to pat this one on. I have half a mini pot left but I won’t be as heartbroken when (if?) I ever complete this shadow, new Fyr is so much easier to work with.

The whole brand cosmetics brand doesn’t even exist anymore, which is too bad because in addition to making some interesting eye shadow shades (for its time, in terms of what was commonly available and the price bracket), R&R made the best blushes. Lawsuit was one of my first duochrome shades and I still love it more than most of the green/brown flipping shades available today. I like how the brown isn’t a reddish color but a deep, cooler bark brown. Also, the green shimmer is very fine and not super prominent, this made it suitable for more occasions in my life compared to the high sparkle duochromes that I’m also rather fond of. 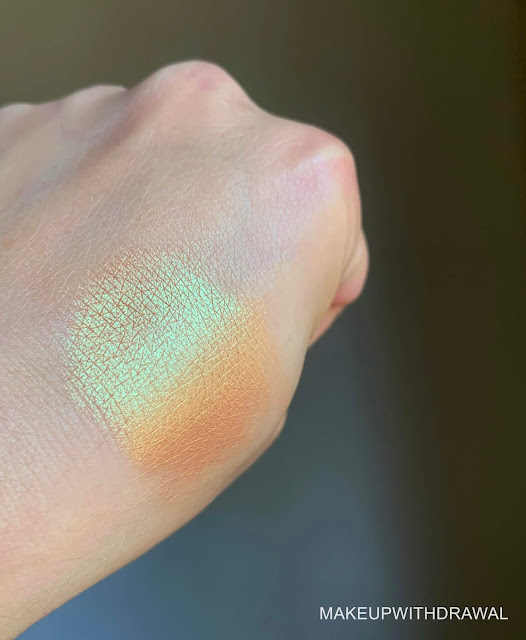 Another discontinued duochrome favorite, from the brand whose figurehead has a troubling stance on vaccinations. These days orange duochrome eyeshadows are a lot easier to find, but at the time I couldn’t find anything quite like it. I wish I also had picked up Stockholm, a teal with pink reflects (similar to the Fyrinnae Javan Rhino that I talked about in my last post on discontinued favorites). The formula on this is really quite nice – soft, smooth, and very creamy. This duochrome looks better applied with a silicone tipped brush or a finger, the green looks mote noticeable and the overall look is more satin. When patted it on, it looks more orange/gold, less contrast but more like shimmer.

It is the cruelest thing in the makeup loving world that this eyeshadow only ever came in a kit that was priced at $130. Oh, and it was limited edition. Sadly, it seems this shade was never intended to be accessible from the get-go. It’s a beautifully vivid indigo with purple pearl, as well blue to purple shifting sparkle. It stains sometimes if I really pack it on and use a medium liquid like Inglot Duraline but I forgive it. The color is so spectacular that I’m willing to overlook a lot. The closest thing I have seen like it is probably the shade Hazmat from the new Melt Radioactive Palette.

Another pigment that came in that LE UltraViolet Blue set. I didn’t give two hoots about this shade until I had it in my hands. That’s because 0% of the photos that exist on the internet can do this shade justice, I had written it off when I was browsing. It’s entirely translucent, comprised of large particle sparkle that flashes aqua to blue, when applied over glitter adhesive (you must, you simply must. Mother’s chunky pigments will not suffer those who don’t buy into sticky bases) it appears to have a pink/lavender sheer base.

I think out of the five, the two Pat McGrath shades are really the ones that stand out. For KVD Devotion, I have Colourpop Moonwalk which is like a burnt orange version. Pat McGrath Labs Gigabyte (from the Subversive MOTHERSHIP) has the same kind of shimmer, though without the sooty base, it’s a pretty different beast. Can you think of any possible dupes for these five shades?

Products featured were purchased by me. Post contains an affiliate link. For additional information, please refer to my Disclosure Policy.